In this post, I am going to list all the biggest dams in South Africa. Most of these dam reservoirs are for domestic and irrigation purposes while other bigger ones are used to generate power for electricity (hydropower).

For a dam to be classified as large in South Africa, it must meet certain criteria such as height and impounds.

One interesting thing you will notice about this list of dams in South Africa is that most of them (over 74%) are earth-fill dams while the remaining 26% are made up of Rockfill, concrete arch, and concrete gravity dams.

Also, you will get to know more about the highest dam in South Africa in 2021 which is the Vanderkloof Dam with a height of 108 meters and is located on the Orange River.

The following are the biggest dams in South Africa:

The Gariep Dam is the biggest in South Africa. It is a concrete gravity-arch hydro type of dam. The dam was originally called the Hendrik Verwoerd Dam.

It is located close to a town called Norvalspont and borders Eastern Cape and Free State provinces.

When was Gariep Dam built? The construction of this reservoir begun in 1965 and opened in 1971.

The Gariep Dam is owned by the South African Department of Water Affairs.

The main purpose of the Gariep Dam is for power generation, irrigation, industrial and domestic uses.

The dam with the largest surface area in South Africa is the Gariep dam (352 million meters square).

Here are some rivers and other water bodies that flow into the Gariep:

Clearly, Gariep Dam is the biggest in South Africa.

The Vanderkloof Dam was previously called the P.K Le Roux Dam named after one of South African National Party politicians who became Minister of Water Affairs and Agricultural Technical Services in 1958.

Construction of Vanderkloof Dam began in 1973 and completed and commissioned in 1977.

The Vanderkloof Dam is one of the largest in South Africa with a height of 108m and a length of 756m and a total capacity of 3,236 million cubic meters of water.

The main purpose of the Vanderkloof Dam is power generation with an installed capacity of up to 360 MW of energy.

Most people along the Orange River use it for domestic purposes.

This is the second-highest dam wall in South Africa. Construction of the Sterkfontein Dam started in 1969 and completed for commissioning in 1980 meaning it took about eleven (11) years for the dam to be constructed.

It is located in the Free State province outside the Harrismith town.

The name Sterkfontein is an Afrikaans word meaning “Strong Fountain”.

The Sterkfontein Dam is part of the Tugela-Vaal Water Project.

This dam is the fourth (4th) largest in South Africa by volume and the second (2nd) biggest dam by area.

The Vaal Dam is one of the tourist attractions in the Gauteng province. It offers a wide range of water-related activities including swimming, boating, water skiing and many more.

Which dam feeds the Vaal Dam? Some rivers that feed the Vaal dam are Klip River, Grootspruit, Wilge River, and Molspruit river. It has a shoreline of over 800 kilometers.

When was the Vaal Dam Built? The dam was constructed in the year 1938 as a joint venture by the South African Department of Water Affairs and Rand Water.

Where is the Vaal Dam situated? The Vaal Dam in South Africa is situated about 77 kilometers south of Johannesburg and stretches across three (3) provinces: Free State, Gauteng, and Mpumalanga.

Because large floods are expected to occur on the Vaal River, a spillway capacity of 25,00 cubic meters/s was created.

The Pongolapoort Dam is commonly called Lake Jozini. It is an arch type dam and the Phongolo River is the major feeder of the Jozini dam.

At the time of its construction, the Jozini dam was the largest in South Africa.

It is located on the Phongolo River in the northern part of KwaZulu-Natal province of South Africa.

Wildlife and history: The Jozini dam was constructed in the year 1973 and fully owned by the Department of Water Affairs. More importantly, the Jozini dam is heavily populated with private wildlife reserves in addition to the Pongola Game Reserve.

These game reserves have many campsites for fishing as well as private lodges for accommodation.

The main purpose of the Ponglolapoort Dam is irrigation.

Located at the confluence of the Vet River and Vaal RIver, Bloemhof Dam is one of the largest in South Africa. It was initially called the Oppermansdrif Dam during its construction phase in 1960.

It is situated between the Free State and the North West provinces of South Africa.

Construction of the dam was completed and commissioned in 1970.

As the name implies, the Kruismansrivier Dam is found on the Kruis River in the Western Cape province of South Africa.

It was constructed in 1992 and has a height of 18 meters and a total water capacity of 1.5 million cubic meters.

The main purpose of the Kruismansrivier Dam is irrigation and domestic use.

This dam can be found on the Sounderend River near Villiersdorp in the Western Cape province of South Africa.

If you want the largest dam in the Western Cape province, then it is the Theewaterskloof Dam. It can hold up to 480 million cubic meters of water.

The construction of the Theewaterskloof Dam was completed and commissioned in 1980 and the main purpose is for domestic use as well as for irrigation.

The Theewaterskloof Dam is 646 meters long, 25 meters high, and occupies a surface area of 5,059 hectares.

This dam is a merger of the Brandvlei Dam ( also called Lake Marais) and the Kwaggaskloof Dam.

The construction was completed in 1989 with a total water capacity of 459 million cubic meters.

It is 21.5 meters high and 1250 meters long occupying a catchment area of 64 square kilometers.

The Greater Brandvlei Dam is located on the Breede River near Worcester in the Western Cape province of South Africa.

The main purpose of this dam reservoir is for irrigation and domestic use.

The Heyshope Dam is the largest dam in the Mpumalanga province of South Africa. It is an earth-fill type of dam constructed in 1986 on the Assegaai River.

This dam is fully managed by the South African Department of Water Affairs and Forestry.

The Heyshope Dam is 28.5 meters high, 1,030 meters long and occupies a catchment area of 1120 square kilometers.

Located in Tugela in the KwaZulu-Natal province of South Africa, Woodstock Dam is one of the biggest bams in the country.

The Woodstock Dam Reservoir was constructed and commissioned in 1982 with a total capacity of 373.26 million cubic meters of water.

Another bigger dam located in the Mpumalanga province is the Loskop Dam. It is an arch-gravity type of dam which measures 49 meters high and 105 meters long.

The Loskop Dam was constructed in 1939 on the Olifants River in the Mpumalanga province. This dam is very close to Groblersdal which is a farming town.

One of the main attractions in this area is the Loskop Dam Reserve.

The Loskop Dam has a total capacity of 361 million cubic meters of water and occupying a catchment area of 12,285 square kilometers.

The main purpose of the Loskop Dam is for irrigation.

This dam is one of a kind as it is a composite structure on the Vaal River of 360m long gravity section and another section making the earth flank.

The Grootdraai Dam Reservoir is one of the biggest dams in South Africa constructed in the year 1981.

The Grootdraai is 42 meters high, 2180 meters long, and has a total capacity of 350 million cubic meters of water.

The De Hoop Dam is one of the largest dams in the Limpopo province of South Africa.

It is a gravity dam build on the Steelpoort River near Burgersfort with the main purpose to allow the extraction of mineral deposits in the Limpopo province.

The De Hoop Dam has a height of 81 meters and it is 1,000 meters long. The total water capacity of the dam is 374.6 million cubic meters.

This dam is located on the Riet River near Kalkfontein in the Free State of South Africa. It was constructed in 1938 with the main purpose of providing irrigation and to serve other domestic purposes.

The Kalkfontein Dam is fully owned and managed by the Department of Water Affairs.

This dam is 36 meters high and 317 meters long. It has a total water capacity of 258 million cubic meters of water and occupies a surface area of 3,769 hectares.

As a takeaway, the Hellsgate dam built in a narrow gorge near Uitenhage is the shortest dam in South Africa with a crest length of just 4 meters.

This dam is one of the earth-filled dams in the KwaZulu-Natal province of South Africa. The Goedertrouw Dam was constructed in the year 1980 on the Mhlathuze River.

After two (2) years, the dam was completed and ready for commission. This is one of the largest dams managed by the Department of Water Affairs and Forestry.

The Goedertrouw Dam is 88 meters high and 660 meters long, with a total water capacity of 301 million cubic meters.

The Albert Falls Dam is one of the biggest dams in SA. It is located in the KwaZulu-Natal province, more specifically, at Pietermaritzburg in the Umgeni River.

The Albert Falls Dam was constructed in the year 1976 with a water capacity of 290 million cubic meters.

The main purpose of the Albert Falls Dam is for domestic and irrigation purposes.

This is one of the largest earth-fill dams in Western Cape, South Africa.

This dam was opened in 1983 and solely owned and managed by the South African Department of Water Affairs.

The Brandvlei dam has a total water capacity of 308 million cubic meters making it one of the biggest in South Africa.

Spioenkop Dam is one of the largest reservoirs in South Africa. In the KwaZulu-Natal province, it impounds the Tugela River with a capacity of more than 272,000 cubic meters of water and a surface area of 15 square kilometers.

Without doubts, this is one of the biggest in the country.

This is one of the largest Earth-Filled dams in South Africa in 2021.

It is located on the Mthatha River in Eastern Cape, South Africa.

This dam was established in 1977 for the main purpose of municipal and industrial use.

Here Are Other Bigger Dams In South Africa:

That is it. There are other larger dams in South Africa but these ones are the largest in the country according to research in 2021.

Please you wish to visit this post “https://thebusinessalert.com/largest-dams-south-africa/” ocassionally for changes and updates that we will make to this article. 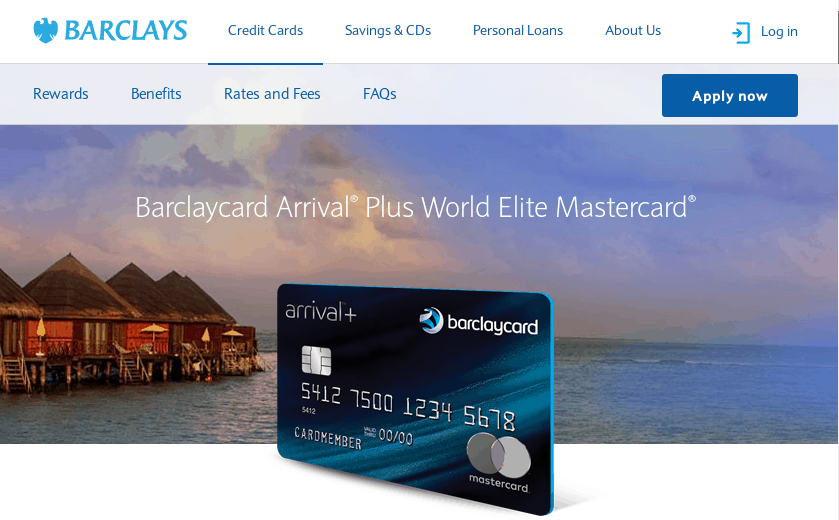 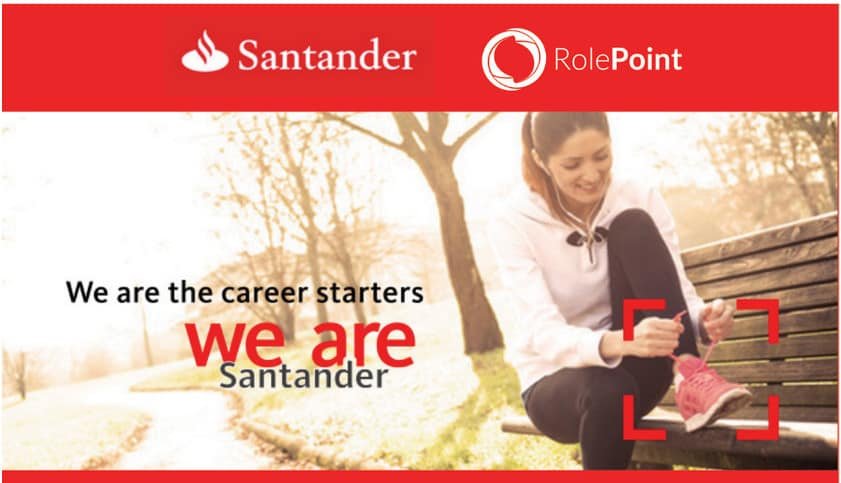